Article: How Someone Scammed Me on a Rental

This article was written for USDRE as a warning for people that are moving into a rental unit. 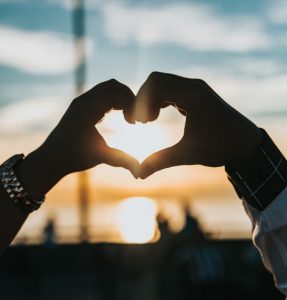 Before I knew about USDRE and the importance of using a real estate agent when renting, I got scammed during a n important move in my life.  It was about two years ago – my boyfriend and I broke up. We were renting a house together with our two dogs. We had been together for three years and dreamed of getting married and having kids. Needless to say, that obviously didn’t work out. He had moved to California from Ohio, where his family still lived. We met at a restaurant where I was bartending at the time. I remember him ordering a glass of pinot grigio and I thought to myself, “What guy orders a pinot grigio??” Turned out he was waiting for a girl to show up. A girl he met online… She never showed and we talked quite a bit in between my other patrons orders. And then the night was over; he cashed out, left a good tip, and I went home (to the apartment I shared with a few other women).

“I hope this isn’t awkward…”

About a week later, he came back in to the restaurant, but this time with a woman. It actually disappointed me. We’d had a good chat and he seemed like a genuinely nice guy. And then something odd happened… His “date” came up to the bar and said to me, “Hi, I’m Amy and I hope this isn’t too awkward… I’m visiting my brother” and she points to Daniel. “He said he met you here last week but is too nervous to ask for your number.” Oh my gosh, was this really happening? I gave Amy my number and she walked it over to him, tossing it on the table and gently punching him on his arm.

Jump to three years later… Daniel has a job offer from a friend of the family back in Ohio. It’s a really good job and will afford him a lot of opportunity. He left me in California with our two dogs and an apartment that I couldn’t afford on my own because… Well, California. 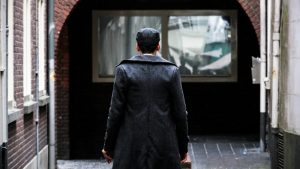 Finding something nice and in my price range surprised me…

I quickly scoured the internet for another rental I could afford  and that allowed dogs. A personal listing popped up for a cute condo in a decent area that was right on target with my budget so I called the number and left a message. Several hours later a man called me back and explained that the condo had been on the market for months without selling so he decided to rent it out on a years lease while he was stationed across the country because he was in the army. To save money, he decided not to hire a property manager and just choose a good tenant to rent to. He asked me to email three letters of recommendation, three of my most recent pay stubs, and if all that looked good we could do a quick video chat so he could see that I was a real person.

It sounded legit until… 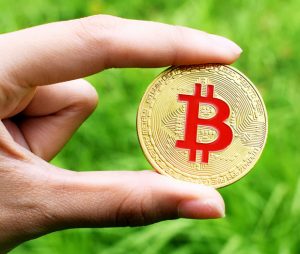 This all sounds legitimate, right? My former and current employers wrote me letters of recommendations. So did my current apartment manager. I emailed that information to him along with my pay stubs.Over the phone he said he didn’t prefer a tenant with dogs because the flooring was brand new and he wished he could be here in town to show it to me. But the building was beautiful and he was so adamant that I would love it.

He seemed so happy to get a good tenant. He emailed a contract lease to me and asked me to sign it, scan it, and email it back to him. Then he requested I wire the deposit along with first and last months rent so he could mail me the key. I’ve never wired money before – that’s as odd as a Bitcoin payment to me!

The “owner” was very accommodating to my situation

I called to voice my concerns. First off, I didn’t have the $3400 he wanted up front and secondly, wiring money seemed fishy to me. He confidently said, “Oh that’s no problem! I just thought it would be a faster process but if you want to mail me a money order that’s fine.” And he said he was just happy to get a good tenant in there that he’d waive the deposit. I was instantly relieved at his willingness to help me out. Sending a payment by mail was comforting to me. His final request was that, because he was in the military and didn’t have access to his credit union in California, that I mail the money order to his brother, who lived about three hours from his own condo.

Overall he conversed with me for about a week, on a daily basis, before I mailed my money order. Admittedly, I was desperate; I needed to move out very soon. He always made me excited about this condo when we spoke or emailed. Two days after I mailed the money order he said it was received and that his brother would be able to cash it in a few days and he would mail me the key thereafter. Three days later he said his brother cashed the checked and he’d be mailing off the key from the base the next day!

Since he was in North Carolina, it would probably take 5-7 days to get to me. This is totaling 10-12 days total and my move out date 15 days after I mailed the payment. Perfect timing, right?

It Was Not Perfect Timing 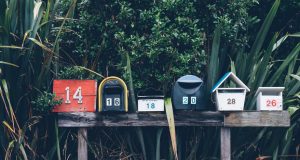 Twelve days later and no key. I emailed but got anxious when I didn’t get a reply a few hours later so I called and the line rang and rang. A voicemail didn’t even pick up like it did previously. I obviously got really nervous and posted about it on Facebook. I got a slew of responses from friends and people I didn’t even know telling me I had been scammed. That reality check hit me like a ton of bricks. I sent him an email that I needed a response ASAP or I’d be going to the police to file a report. Giving him the benefit of the doubt was important to me because I felt like we had such rapport. He seemed to be so honest with me.

The next day after I still didn’t hear back from him and his number was still just a ring tone, I went to the police department. They gave me a disappointed look as they organized every piece of information on this guy I had and said they would do what they could but not to expect my money back. Not any time soon at least.

Find a Reliable Rental Agent on USDRE Using the Form Below

I did my own research without a lot of luck. The detective assigned to my case concluded that the address I gave him was a box rental facility. The scammer cashed my money order at a liquor store in Nevada. His email and phone number? Throw aways. My parents let me move back in so I could save up for another place. I was embarrassed. Heartbroken. And I vowed to help stop this type of predatory behavior so please, be smarter then I was!

Please share my story with your users on USDRE and If they’re renting an apartment they should make sure the office staff is there and available. If renting a condo or a home get a licensed real estate agent, broker, or property management company to work with.  And I hope they NEVER send money to someone they haven’t met in person.

Thank you to USDRE for sharing my story.

Visit www.USDRE.com to find an affordable agent to help you rent, buy or sell!